The Visakhapatnam Metropolitan Region starts almost immediately after one leaves Anakapalle. A large hill appears from nowhere on the sea coast. In fact the Eastern Ghats are located much further to the west. The hills of Vizag appear to be the foothills of the eastern ghats somehow detached from the main range to create a city in between.

The city and the region around is an ancient settlement. The history goes back to the days of Kalinga Kingdom in Odisha of which it was a part. In the subsequent centuries it was ruled by the Cholas from Tamilnadu and some local kings until it fell into the hands of the French in the 18th century. The British wrested control from the French in the early part of 19th century and ruled till the Indian independence.

Vizag as the town is also known as  is a great natural harbour, a major port and an important naval base of Indian Navy. The combination of these gives the metropolitan region a population of over five million, the largest in the state of Andhra Pradesh. Kailasgiri Park on the northern side of the town is a standard tourist attraction with road access as well as a ropeway. The views of the beach and the sea below justifies the climb. 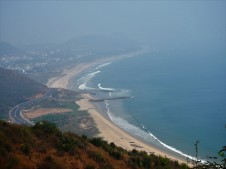 We just pass through the Zoological park which occupies quite a large area on the side of a hill close to the sea.

The War Memorial on the beach is another place we visit as probably everyone does when he is in Vizag.

We have not lined up many places to see in the city. There is a famous lighthouse of course and a couple of other hills which we would see to get a view of the town from the top.

Dolphin’s Nose Lighthouse must rank among the most visited lighthouses in the country. It is on the tour operators itinerary. To reach the Dolphin’s Nose is quite difficult. One has to take a round of the entire town and climb a hill from the south side to reach it. The shorter roads are in the Naval area and not open to public.

There is a Dargah close to the lighthouse. We skip it.

The next day we start early and continue along the road north of the city towards Beemunipatnam with the Rushikonda beach as the first halt. 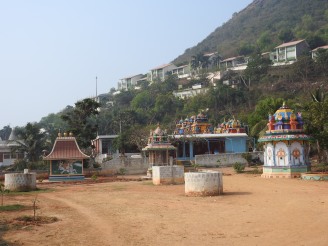 The development of the city is in the narrow space north to south with the hills forming the obstruction towards the west. This continues throughout till Beemunipatnam.

Not far from Rushikonda are several hills in which ancient Buddhist sites have been found, some of them are quite well preserved despite their age of 2000 years+.  Bavikonda and Thotlakonda hills are the ones we decide to visit.

We visit both the places in quick succession. For someone not conversant with the Buddhist architecture they look the same- the Viaharas and the Stupas etc. 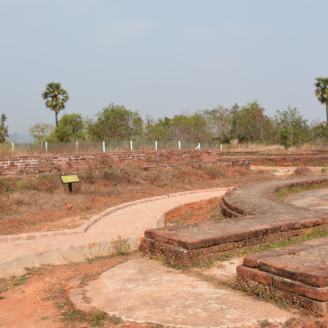 At Bavikonda ( which means Hill of Wells), we find a number of water cisterns created to collect rainwater which would perhaps last the monks a whole year as it would be difficult to find alternative source of water on the hill.

The Yellow-whattled lapwing breeds well in the hills keeping company and providing background sounds to the Buddhist stupas.

The entrance arch to the   Thotlakonda    site built by the Andhra Pradesh government is more grandiose that anything the Buddhist monks might have thought of constructing 2000+years ago. 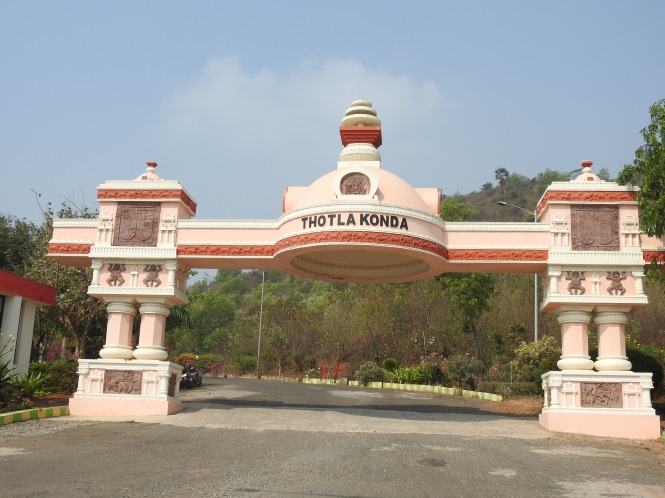 About 15 Kms north of Rushikonda the river Gosthnai meets the sea after encircling the hills which form the backdrop to Vishakhapatnam town. Bheemili beach is next stop. What distinguishes the beach is the large number of sculptures and statues in concrete depicting various religious themes.

Bhimili beach has a lighthouse, arguably the shortest one in the country. It is called Bheeminipatnam Lighthouse and is about 10 meters in height, overall. 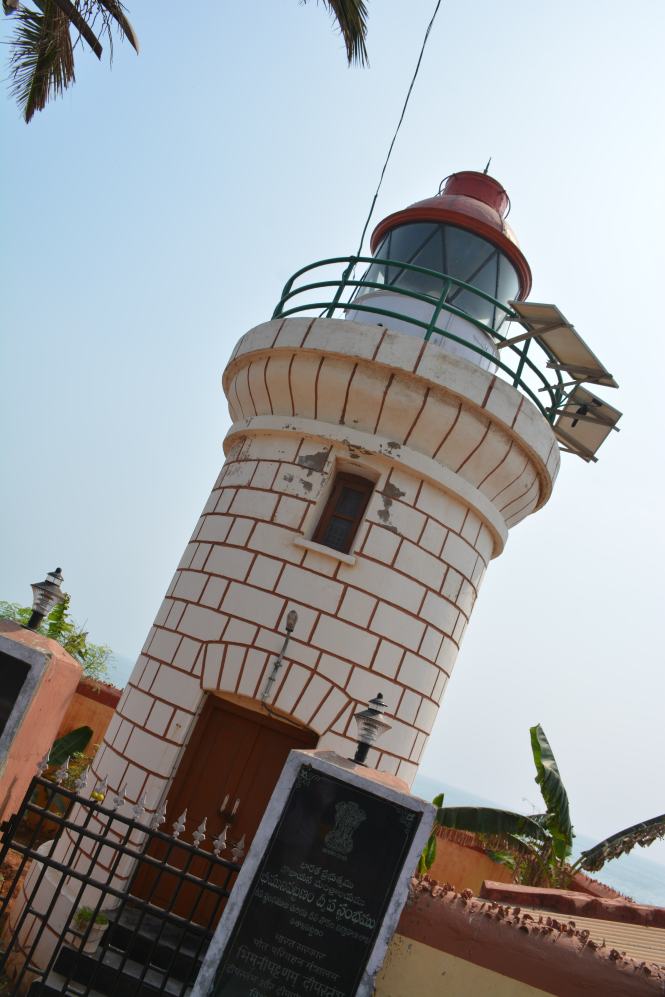 Gandhiji’s statue looks strange, probably the walking stick has been taken away it.

Gandhi and the Lighthouse.

The Telugu love for statues and sculptures does not end here. It continues to the Bhimunipatnam town and beyond into the hills.

In the town square itself there are a couple of sculptures, quite prominent.

Mermaids by the dozen 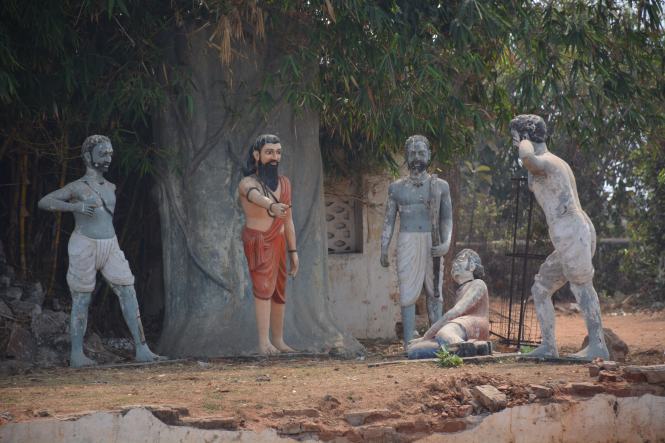 The major one and worth looking at in detail is depicting various facets of the life of the town and probably the region.

Fisherwoman. (The birds are real, not a part of the sculpture. 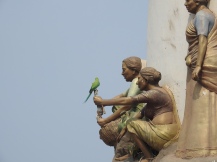 And the white man who spent time here, not in the very distant past.