We leave Pulicat and drive towards Sullurupeta 71 Kms. away and in the process, cross the Tamilnadu border to enter Andhra Pradesh. Except for the script on the sign boards nothing changes for the first few Kilometers.

We drive westwards to come to the coastal road which will take us to Sullurupeta. We lose our way and drive some distance to see this temple.

And then two botanical surprises. One is a palm in full bloom but dying. The leaves (fronds) have dried but the upper part is full of fruit which I believe the plant is using for propagation of the species.

The second one is a Peepal (fig) tree growing with the support of a palm. The palm is totally weakened and may not survive long. On a closer look I find that the Peepal has its roots in the soil. It is not likely that it is dependent on the palm for the nutrients. This tree usually grows on its own. Then why should it strangulate the palm and virtually kill it? I found the same phenomena once again in another part of Andhra much later.

The place bearing the name Sullurupeta is not well known but Sriharikota is. It is the place where the Satish Dhawan Space Centre of Indian Space Research Organization, is located and forms the nucleus of India’s aerospace launches. We stayed at Sullurupeta on 7th and 8th of February. The manager of the hotel we stayed advised us to stay a few days more if we want to witness the launch of a rocket. On 15th February, they successfully launched the rocket carrying a world-record 104 satellites.

Sullurupeta is 22 Kms. from Sriharikota on the eastern side. A road cuts across the northern edge of Pulicat lake to carry the ISRO people most of whom appear to be staying at Sullurupeta, to the Satish Dhawan Centre.

We never expected to go so close to the place from where the launches take place. Surprisingly one can drive up to the gate of the launch centre without any security check along the dedicated road which cuts through the Pulicat lake.

Sullurupeta is a small town and apparently is dependent on Sriharikota for much of the action. It is on the Chennai-Kolkata highway. Here is the Google map which gives a good idea of the place. You can see what appears to be a bridge between the two places which is actually a road with provision for the water to pass underneath at various places.

We have a look at the local fish market which sells both the freshwater as well as the sea-fish. 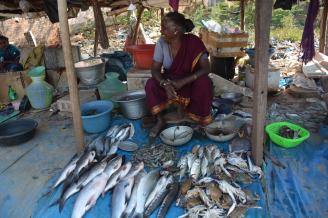 Among the barber shops in town is this one. The customers include many rocket scientists. I decide to have an Haircut here with the hope of getting some rocket science in my head.

We had decided on a halt at Sullurupeta as it is credited with two bird sanctuaries. The vast Pulicat lake shared by Tamilnadu and Andhra Pradesh is a shallow lagoon that supports a huge variety of marine life which in turn attract a large number of migratory as well as local birds.

It is the second week of February and the summer has set early this year which reduced our chances of any significant bird sightings. We were happy to be proved wrong. On the very first visit we were greeted with a huge flock of Flamingos feeding on the northern side of the lake.

Here is a video clip:

The next morning was the turn of a sizable number of Spot-billed pelicans to appear and in between there was a wide variety of waders and of course the Painted Storks. 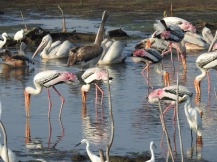 The shallow water along the road are also used by local people to for small-scale fishing. The water is not deep enough to use boats. 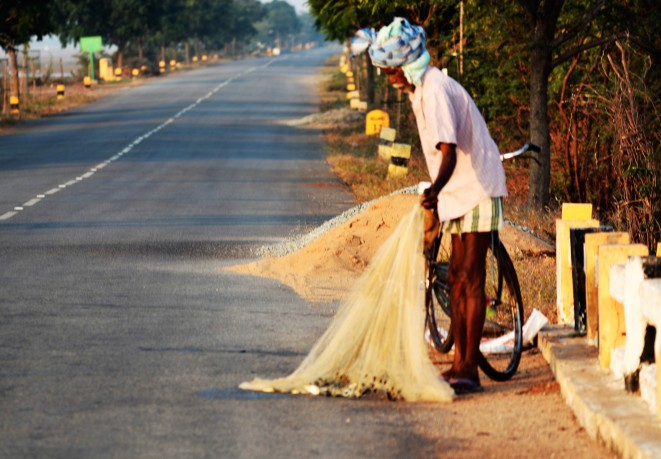 Nelapattu is officially designated Bird Sanctuary by the Andhra Pradesh Forest Department and it is close to the sea and therefore we cannot ignore it. There are not many people in Sullurupeta in the know of this place. We decide to drive on and try to spend some time there. The nearest place to the sanctuary is Polireddy Palem. We are at the gate early afternoon and it is closed. We wait and look inside to see some signs of life- wild as well as human. There is none. After half an hour some women workers appear at the fence.

I must record here something that I experienced. Many people presume that since Andhra Pradesh was a part of the erstwhile Hyderabad principality, people would be knowing some form of Hindi/Urdu. It is not true. That presumption may be true of region around the city of Hyderabad. The typical lingo of Hyderabad never percolated down to the whole state. Certainly not to the coastal Andhra Pradesh.

Our next night halt is to be the town of Nellore but south of Nellore along the coast is a lighthouse. The name of the place is Armagaon. We try to find out from various people at Sullurupeta if we can go to Armagaon driving along the coast and without going up to the highway. There are no satisfactory answers and the Google map is not of much use. At last we meet a young guy who is conversant with the topography.

‘Yes, you can go along the coast’

We are very happy.

‘But you will have to leave the car behind. Your car will not go’

We get the message and drop the idea. The lake is shallow but the guys at Renault did not make my Duster fit enough for a Normandy-style landing We drive along the highway up north and branch off to Armagon Lighthouse the next day. It is quite a bit of driving. The first part is on the highway and pleasant. Then you leave the highway and take the country roads with a number of villages along. We reach Armagaon early afternoon.

One has to cross an institution called to Buckingham Canal to reach the Lighthouse. We will visit this Canal later on in another post in some detail.

This is the old lighthouse now used as a water tank. Brilliant alternative use of a Lighthouse. Who says bureaucracy is inefficient? 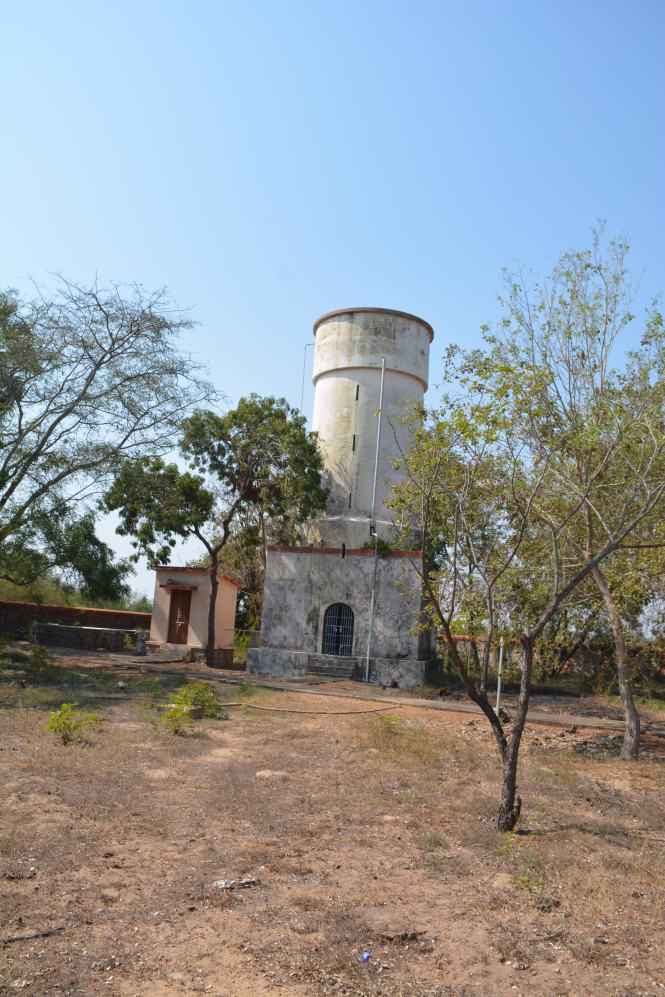 The new Lighthouse. This one was more or less abandoned when we visited. There was nobody inside the compound. We waited for some time then made inquiries in the surrounding locality. The locals tried to be supportive of the staff who had gone about their own business leaving the lighthouse to the winds. They assured us that the guys will come back after half an hour. 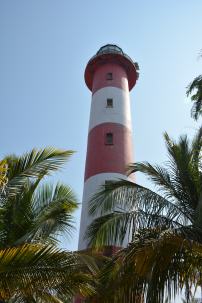 We decided to go and visit the beach. A good beach but so remote from the population centres.

We drive back and have our customary coconut water on the way. Here we find a new type of knife for cutting the green coconut,  quite different from the one we had seen down south. This one has a long handle.

We drive through rich agricultural lands where combined harvesters are used even in paddy fields. We are now nearing the rich Krishna-Godavari basin. 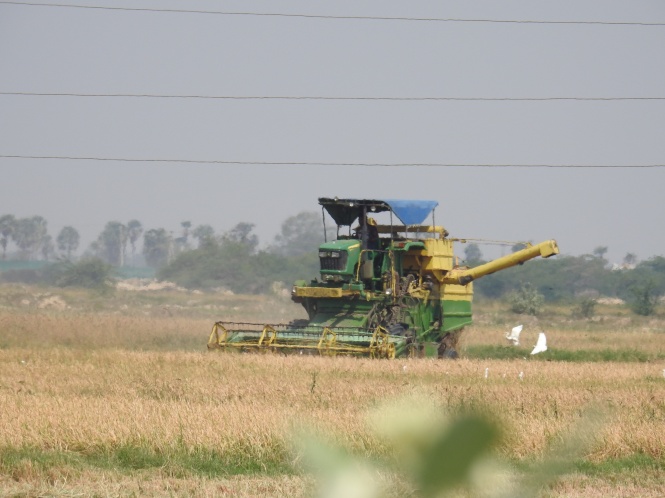 We reach Nellore for a late lunch and for some rest.