From Tarapur/Dandi, the obvious destination is the district Headquarters Palghar. At the last moment we decide to take a turn to the coast southward and find accommodation at the seaside. There are two villages offering accommodation- Mahim and Kelva. Since we are close to Mumbai let me caution the readers that this Mahim is different from Mahim, Mumbai 400 016. This is a small village and has a beach and a resort. We have lunch at the resort and move on to Kelva to spend the night. 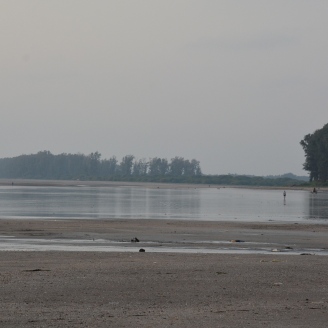 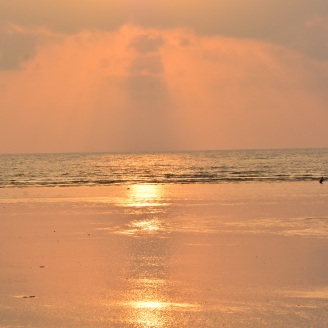 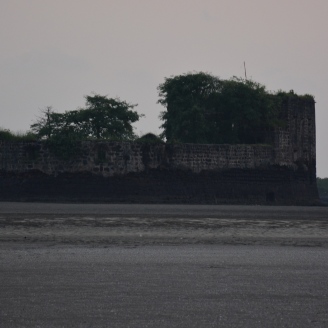 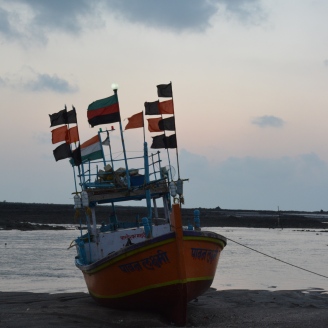 The beach happens to be a fabulous location. I don’t know of any other place having a Fort in the midst of a sandy beach which can be accessed on foot. One has to see it to believe it. Very underrated location on Maharahstra coast. 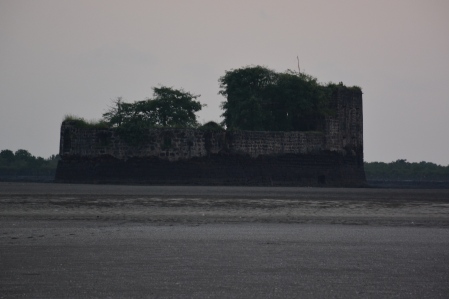 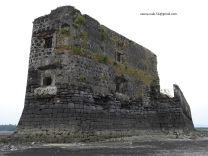 It is a small fort but unique. The fort can be entered  into only at high tide and by a boat, unless you are a good swimmer. Otherwise you will have to carry a ladder. the lower part is not habitable as it would be under water at high tide. This one must have been used for reconnaissance.

The beach is not great but looks rich in marine life. I found three different species of shells which I do not sem to have in my collection.I need to recheck, later. 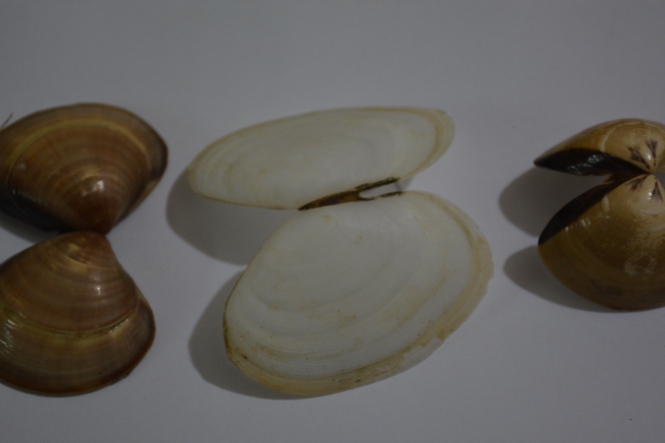 We are told there is another fort nearby. We get up in the morning and start driving to the Bhavangadh Fort. The road is bad. By now we have gotten used to the good roads of Gujarat and the smaller roadside Maharashtra roads look horrible. We reach the fort. The site is beautiful. The fort must have been constructed by a poor man. The stones are rough and suggestive of poverty of the owners by the standards of people who build forts. There is a well on the Fort which is being still used by the villagers down below. It is interesting to see well water at a height being used at a lower level. And they use a pump. 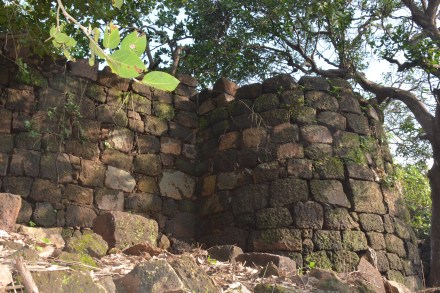 Some pictures from the fort. 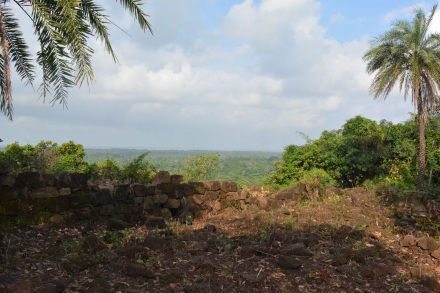 After this  fort we drive on without a map, just to explore the place. It is beautiful. The place we reach is called Shirgaon. It has a beautiful beach and a beautiful fort. I understand that this fort was built by the Dutch. Need to verify. 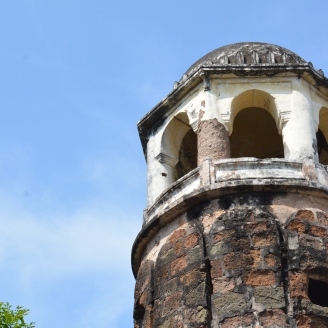 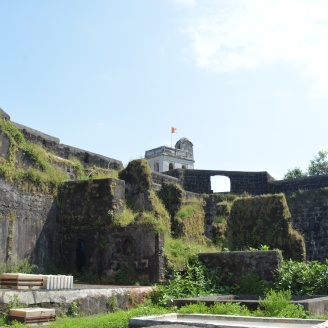 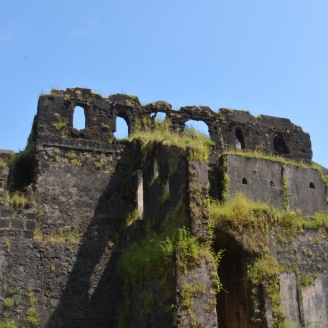 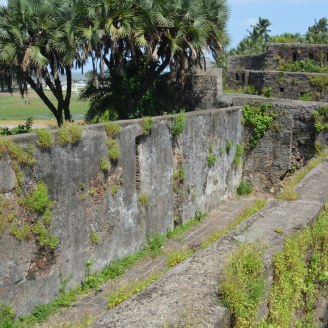 We enter the fort and meet a person working for the ASI contractor. The fort is under renovation but yes, we can look around. The fort was built by the Dutch. As the British stayed here longer, we have ignored the other European colonizers of this country. There are number of locations which have had French, Portuguese, Dutch and even Danish presence along India’s coast.

A local dignatary kicked the bucket last night.The school was closed and the boys were frolicking in the fort when they found this girl. 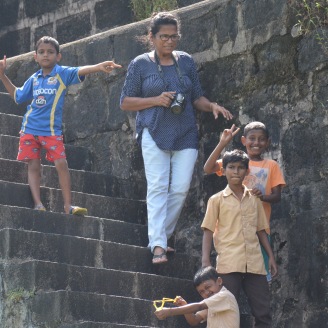 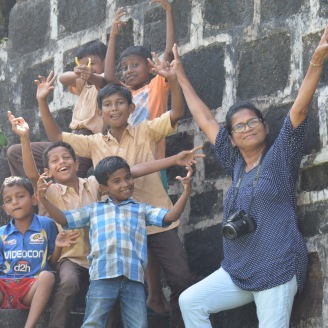 Shirgaon beach is beautiful. It is a cove and the sand quality is much better than what we have seen along the beaches of southern Gujarat and northern coast of Maharashtra. 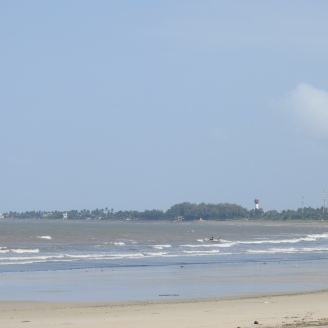 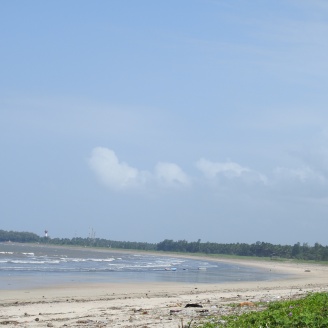 The Lighthouse that you see there is the Satpati lighthouse. It was closed, locked. 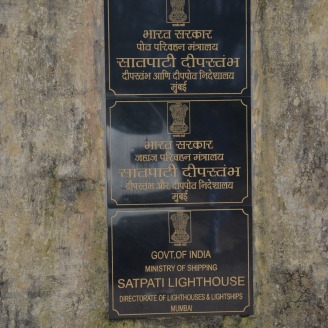 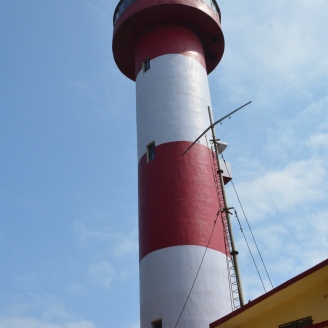 We are informed that we can cross the creek here and go north to Dandi. We drive up to this place to be told that we can cross but not the car. Thank you. It was an effort and test of my driving ability in reverse to get back to the road. 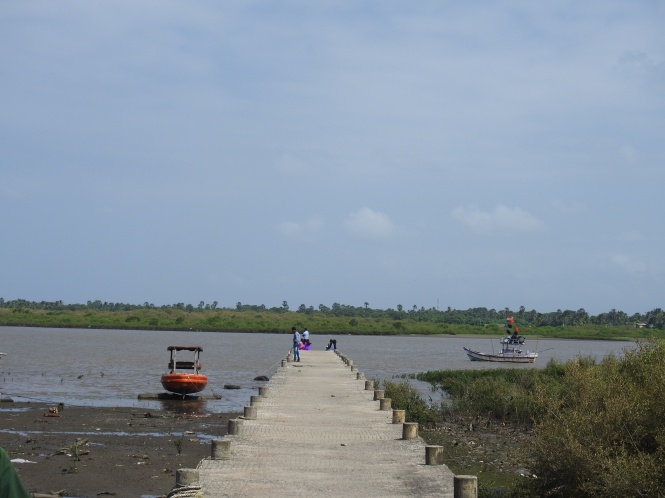 All this time this little one is curiously observing our movements. The younger people are justified in their doubts about the intelligence of the older ones. 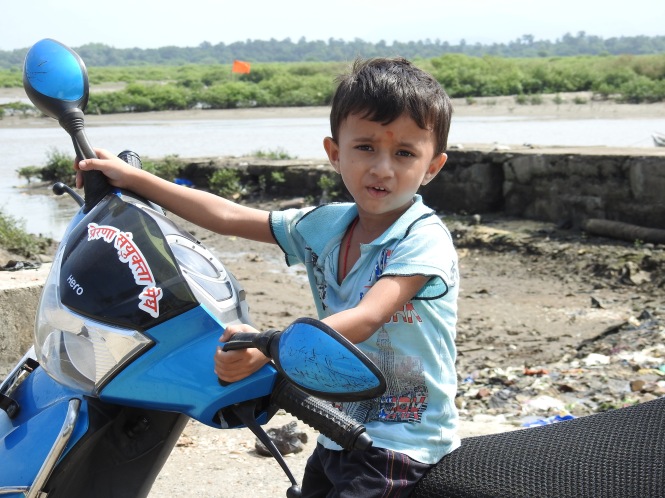