After you cross into Maharashtra from the Gujarat coast, the coastline is fairly continuous without any major incursion of seawater on the land side. At Dahanu there is a small creek which I have described earlier on this blog and then the coast is continuous until one comes to Vaitarana river which is a major river displacing the monsoon waters from the Western Ghats into the Arabian Sea. It also has ingress of seawater up on the landside at high tide.

It is here that the Western Ghats start showing their glorious heights and the greenery.

Vaitarana is used extensively for extracting sand for the construction industry up north in Mumbai and the suburbs. 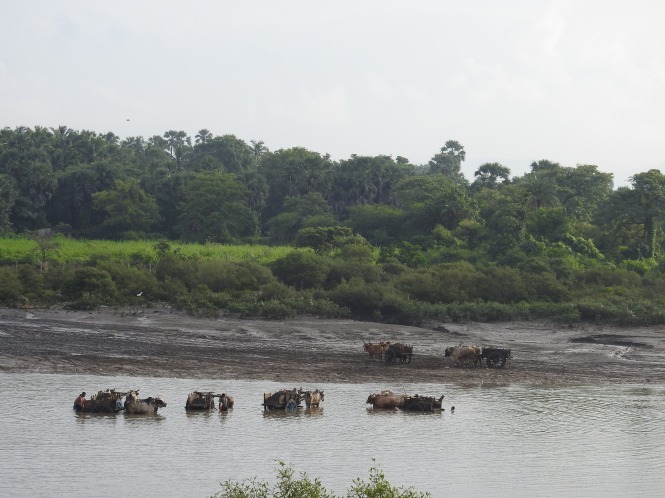 Bullock carts are used on a large scale.

We head for Tungareshwar Wildlife Sancturay which is contaguous to Sanjay Gandhi National park. After the recent rains the place is wet . We drive upto a certain distance and then stop. An autorikshaw was following us. He knows how far we can go. His three-wheeler can go much further than our 4-wheeler. Price is negotiated , our car parked and we go. He has agreed to take us up to a temple perhaps a kilometer and a half up the hill. 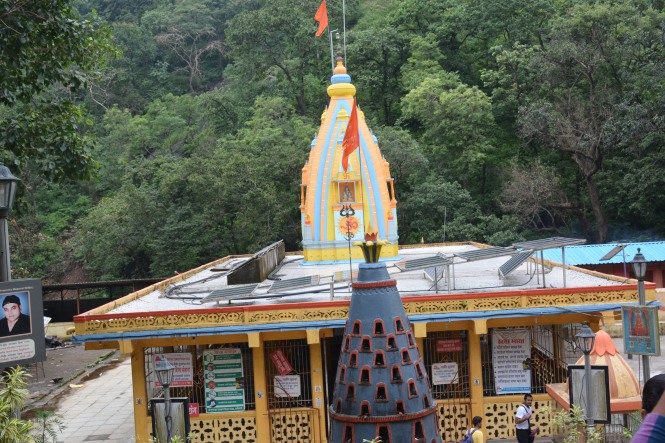 Watch for this movie about Tungareshwar Mahadev at the cinemas in your town. releasing shortly.

The greenery is really good and deep, typical of the tropical rainforest.

The tribals struggling for the firewood is a recurring theme. 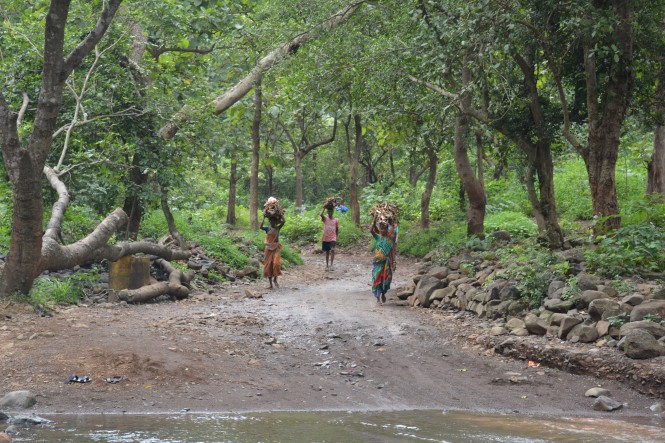 We could find this freshwater landcrab making eyes on us on the road.

The Flora part of this forest should be quite good, going by the wildflowers on the way.

We cross two streams where the Autorikshaw man needs us to get out and walk.

And then he runs out of fuel. Of course, he wants us to walk up to where the car is parked. No, no refunds, no concessions. In fact he has given us exemption from pulling the vehicle which is normally expected of the customers. He respects age. 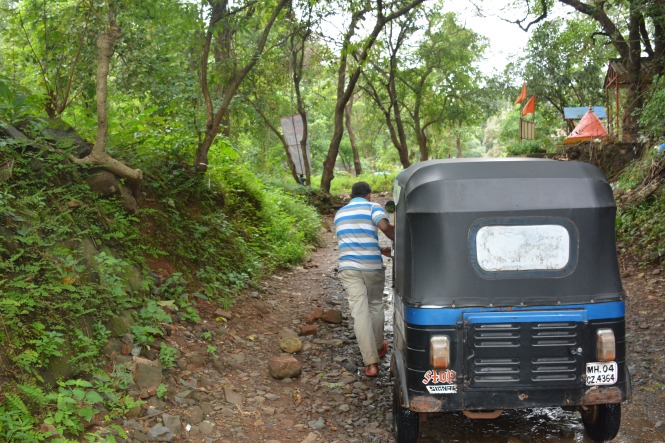 We get back to the main road and goback to where we should be: the coast. We should be at Arnala Fort and Arnala town. And it starts raining. Hevay rains which confine us to a shabby room near Arnala beach for more than a day.

The next day morning we make an attempt  to cross the creek to go to the fort which is on an island inhabitated by more than 2000 people.

One has to go into the water waist deep at low tide, get on to a boat and then cross to see the remnants of a fort built by the Europen tormentors of my ancestors. We decide not to. In any case the knowledgeable people in town have already informed us that there is nothing on the fort except the smell of drying fish.

There is a Lighthouse in the town very bear to the fish market where we bought our fish last night. The owners of the lodge (they call them resort) were good enough to clean and cook it for us. 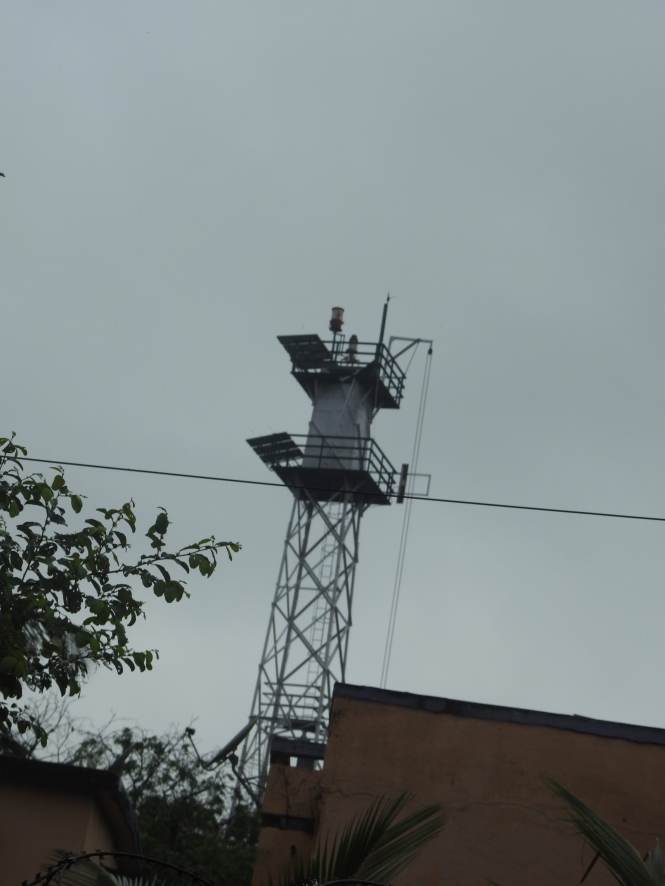 And then a man in uniform appears. He threatens actions against us for using our cameras. What about those using their mobile phones? they are small and not dangerous. We decide to bid goodbye to this place. We accept our defeat in not conquering Arnala Fortand decide to try our luck at Vasai Fort.

On the way one can see two things reminiscent of my native Goa. Chruches and Anglers. 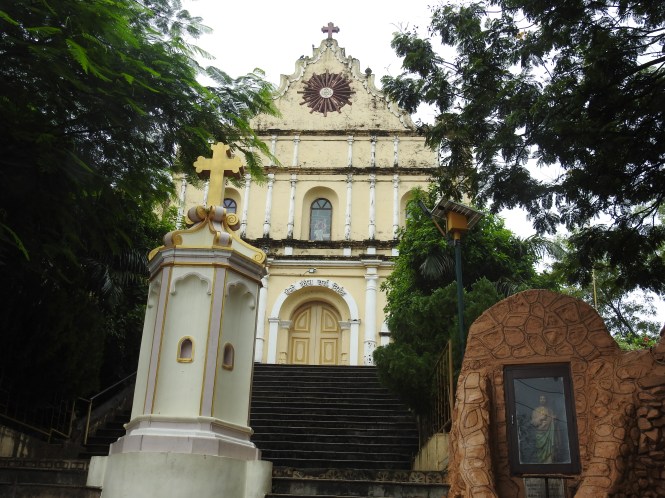 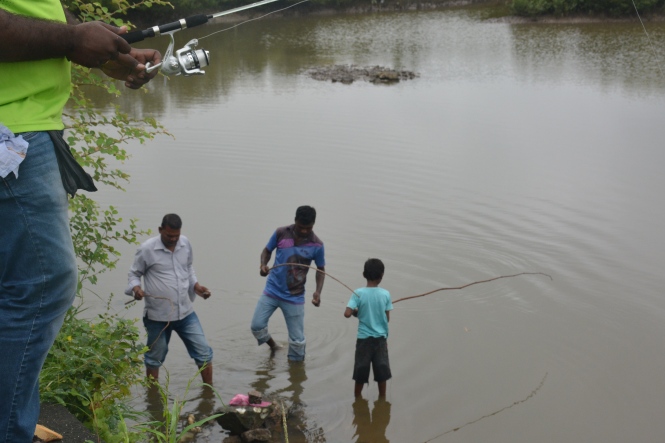 Vasai must be the most extensive fortified area of an European power on Indian soil still extant.It is worth seeing. It is close enough to Mumbai to make a day trip. 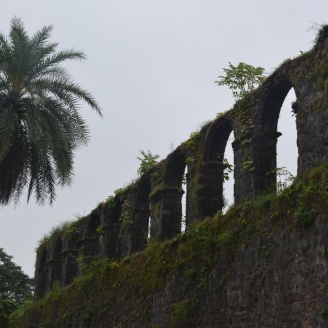 Apart from the history it is certainly a good area for those intersted in Birds and insects including butterflies tovisit this place. 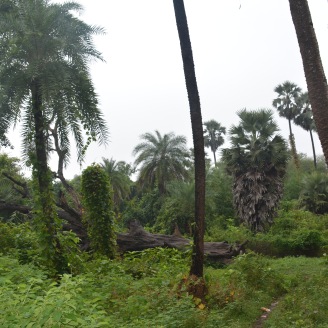 One should be preapred to spend almost a full day to  explore. 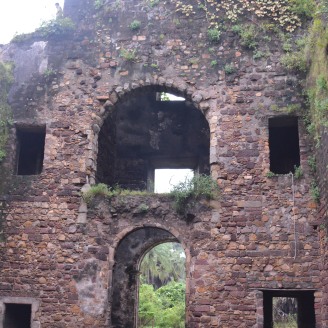 There are two Baobabs in the fort, probably planted after the fort was built. The statue of Chimaji Appa is certainly a new addition. He had conquered the fort from Portuguese. 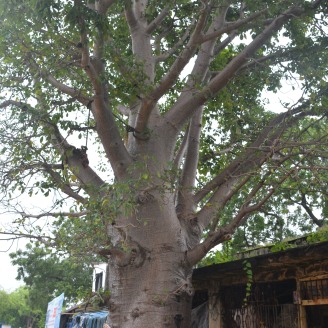