We leave Morbi with the intention of staying at either Jodiya or at Balachadi, the seaside towns on the way to Jamnagar. Both places turn out to be small villages with neither accommodation nor food. However, they had to offer some interesting glimpses.

Jodiya is a fishing village. It once used to be a port but in course of time the waterway silted and reduced the place to a fishing village. We reached there at around 2 pm. The motorized fishing boats were expected back at around 3 pm with the high tide. During this hour we saw an interesting phenomenon. The fishermen hunting crabs were returning with their catch just in time to beat the high tide, to be followed by the boats.

The boats, including the one owned by Yusufbhai brought the fish. He is not happy with to-day’s catch. It is too little for the time and the efforts. In comparison the crabbers appear to be making good money walking on the shore at low tide. Nobody came with less than 5 kgs. All fish is bought by traders for sale in larger towns.

The silting of the waterways allows growth of Mangroves and in turn crab fishing. With that kind of mangrove cover, I expected Prawns / Shrimp breeding around. The fisher folk have no knowledge of such creatures. They are happy hunting the crabs – the Blue Crab as well as the grey Mud Crab. The former can be picked up from the floor, the latter needs nets. Here one can see several species of the Mangroves unlike up north at Jakhau where one can see only one dwarf species.

Jodiya has a Lighthouse. Not the masonry type but a lattice steel structure. We don’t know if it is functional. The gate was locked and there was none in attendance.

The boys on the waterfront take a break from trying to catch crabs to pose for a picture.

The next place along the coast is Balachadi which is quite close to the town of Porbandar.

Balachadi has a Sainik School and a large part of the village is covered by the school’s compounds.

A small beach, nothing to write home about. It is a part of the Marine National Park and the Sanctuary. 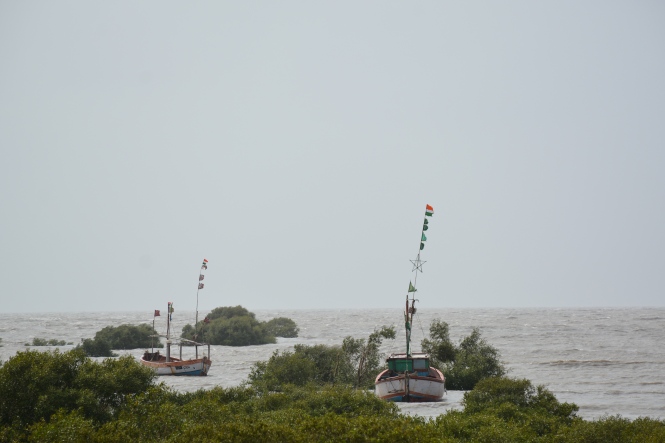 The place is recommended for birding during winter. Even in August it is not bad but you will all the local species not the ‘foreigners’ who come in winters.

The Dargah of Yakubshah Pir is an attractive structure and is among the major places of pilgrimage in the area. 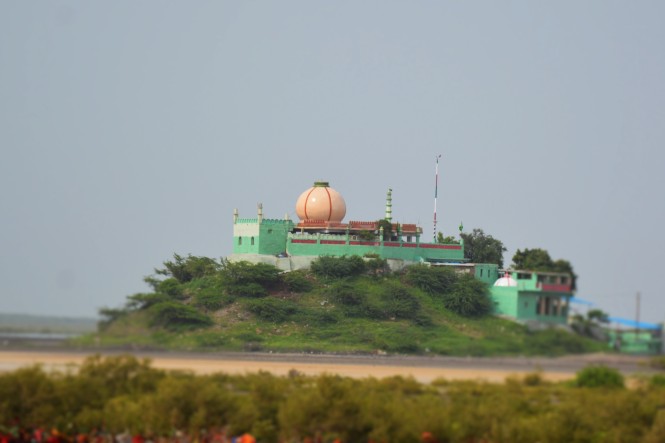 We round off the visit a visit to the Diwadandi. It looks majestic. Located on a hillock quite away from the seashore and has a large compound.  We were denied access and shooed away.