Much has been written about this place. One of the four Dhams, the holiest of holy places of Hindu faith. This is the western-most and has an estimated five million visitors in a year. The place is well-maintained except for the cows (and bulls) defecating all over the place. If you approach the city from the north, you get to see the Rukshmani temple first. You can see some people trying to catch crabs. They use entirely wrong methods. I try to upgrade their knowledge with my considerable experience with the activity.

In front of the temple you find this interesting scene. Pious Men, Holy Cows and Sacred Ibis – all looking for food, collectively.

Bhadkeshwar Mahadev is an important temple on the seashore. It has been saved from the waves artificially, the surrounding land has surrendered to the sea. 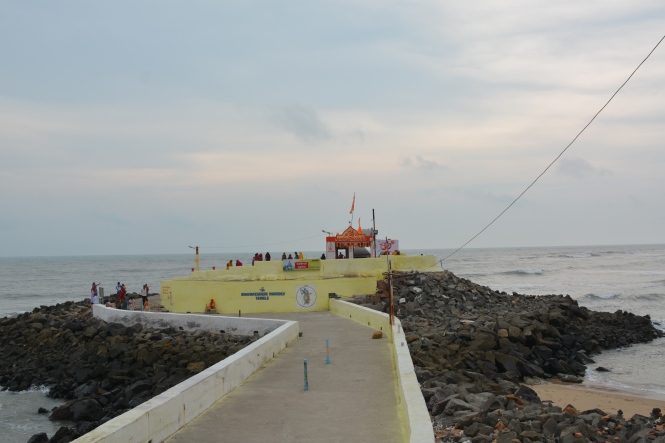 The Diwadandi , Lighthouse has a square design 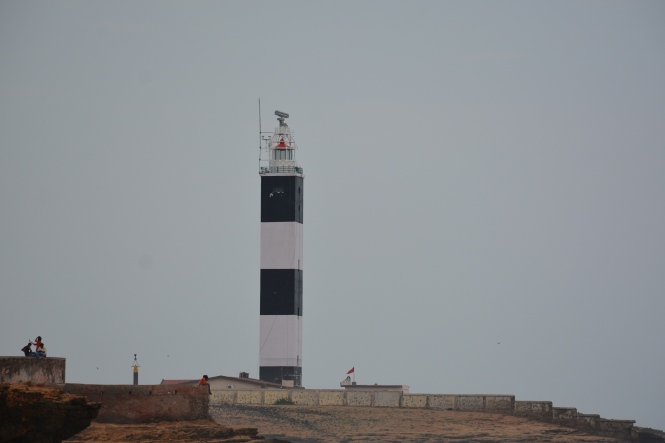 The Ghats are trying to resemble those of other Holy places situated on rivers. The river here is – Gomati- is almost dead. The water you see here is the sea water at high tide.

This suspension bridge across ‘River Gomati’ has been sponsored by Reliance Industries and they charge Rs. 10/- per person, both ways. If you cross you have to come back. There is nowhere to go.

The stones around the Bhadkeshwar Temple has a moss growing on them which we normally find around freshwater bodies. It looks beautiful. 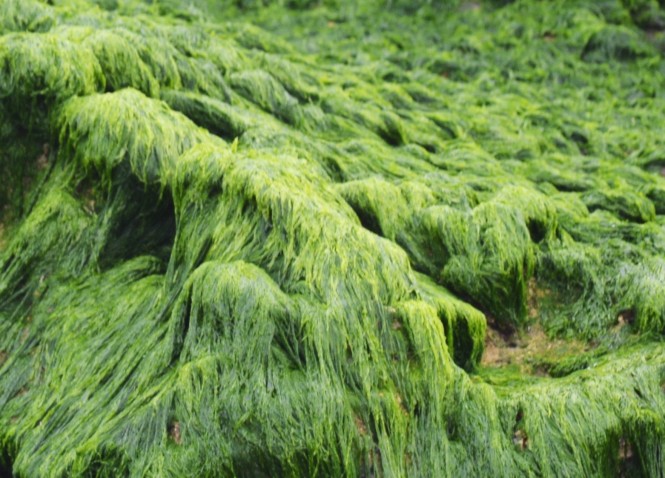 The facilities provided to the pilgrims are equally shared by the stray cattle also known as the Holy Cows. 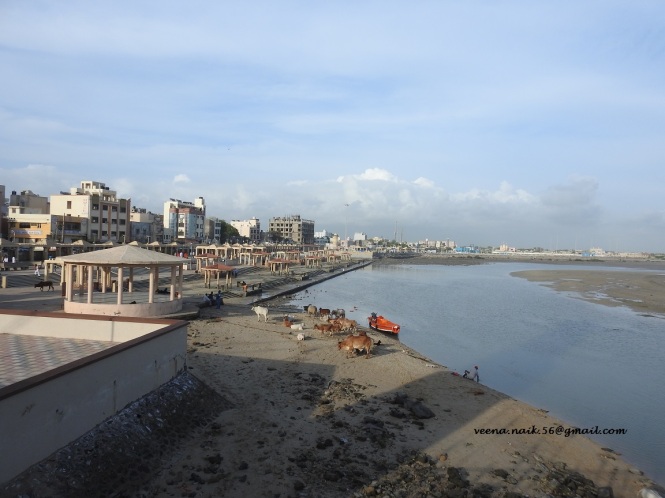 The Dwarkadhish temple, the main temple of Lord Krishna is claimed to be 2500 years old. One cannot take bags, cameras, mobile phones, tobacco products inside. The dome looks artistic. 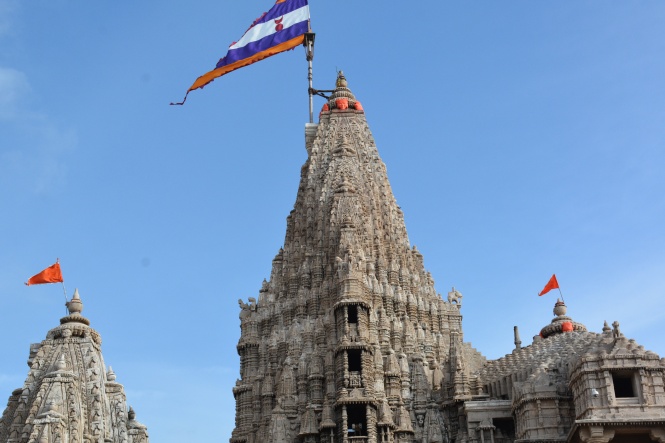 This temple has a national-level importance but the sign boards are only in Gujarati. 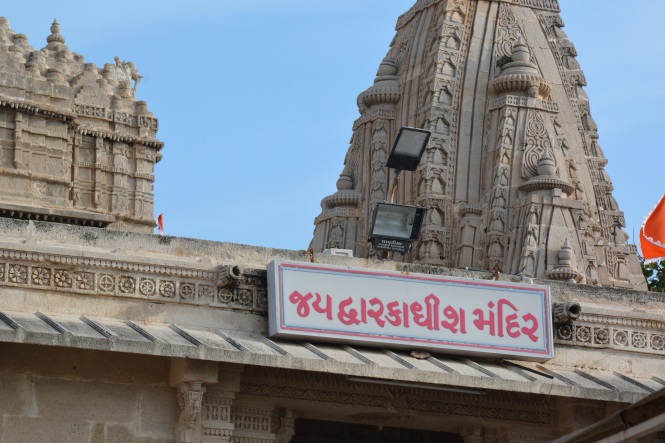 At most places in Gujarat, the signboards are in Gujarati. It is difficult to see how the pilgrims coming from the other states, particularly those from the south, will be able to read them. For example, this signboard advises that the life is precious ( No, it does not say human life), and people not to take bath in the sea. You are likely to take bath in the sea at this holy place if you can’t read Gujarati.

The sunset is quiet and pretty against the Diwadandi.

Towards almost the end of my life I have realized that I have something is common with Lord Krishna. Both of us have accounts with HDFC Bank.