Shipbuilding at Mandvi is a part of the town’s heritage, I must say a major part of it. The craftsmen from Mandvi were known for their quality Dhows and other timber vessels which were used extensively in the western Indian Ocean trade involving Arabia, Eastern Africa and other ports within the Indian sub-continent. The activity and the tradition still continues although sails have been replaced by diesel engines. 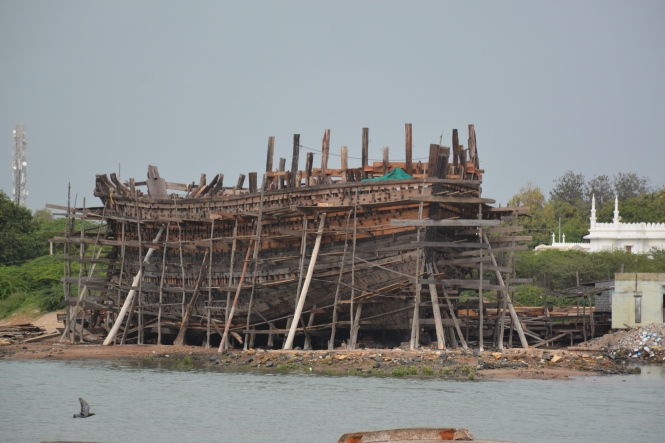 Timber for shipbuilding on this scale is not available in the Kutch region. Most of it is being imported. Inquiries reveal that the labour is also not local, it is mostly from the East coast- Andhra Pradesh and Odisha.

Haji Hassan is among the ship-owners. He is a veteran seafarer and now owns three ships.

‘’ No, we don’t build ships for others. We build and ply them. It is just like owning trucks’’.

His 4th ship is under construction behind where he sits. 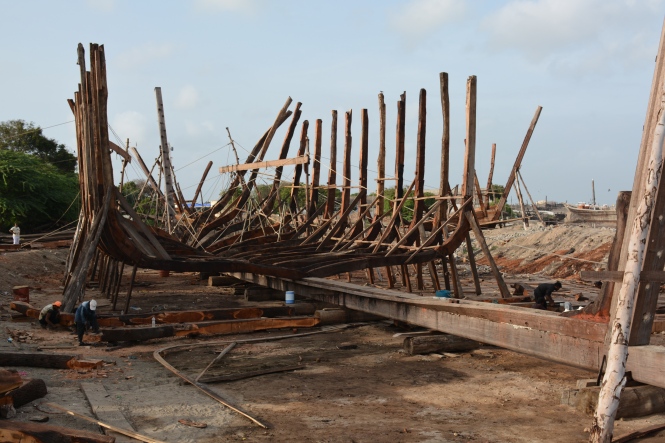 What is the life-span of these ships?

‘’ with good maintenance they can last a hundred years’’

Where are your ships plying?

‘’ the Gulf and East Africa- Mombasa’’

The construction takes up to 4 years and during this time the ship has to compete for space on the land with the other vehicles.

Less than a hundred meters from where Haji Hassan supervises his ship-building , young Nishant Fofindi is supervising another business started by his grandfather. It is called Sagar Ship Models. 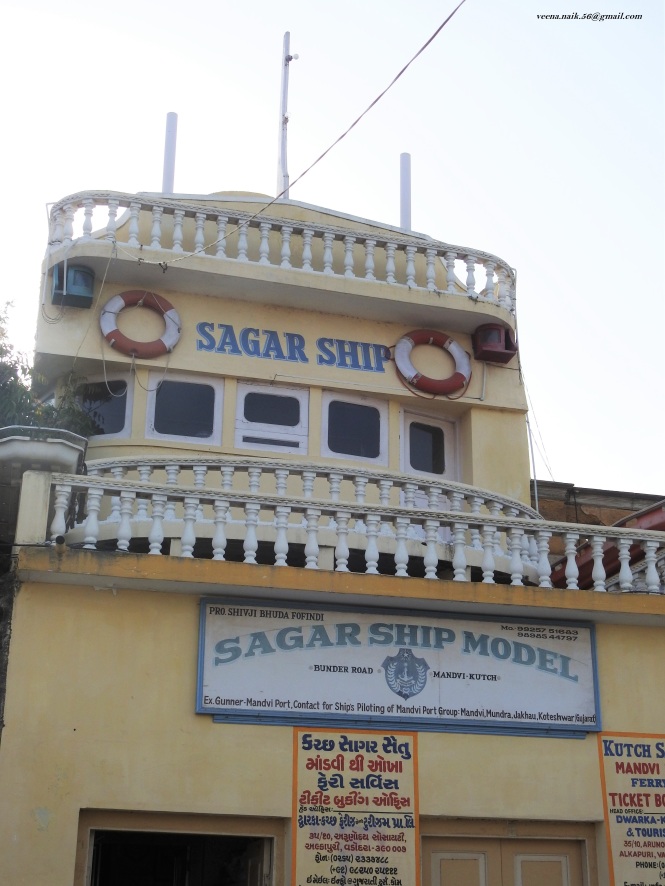 Craftsmen are making scale models of various ships, not necessarily those made in Mandvi. 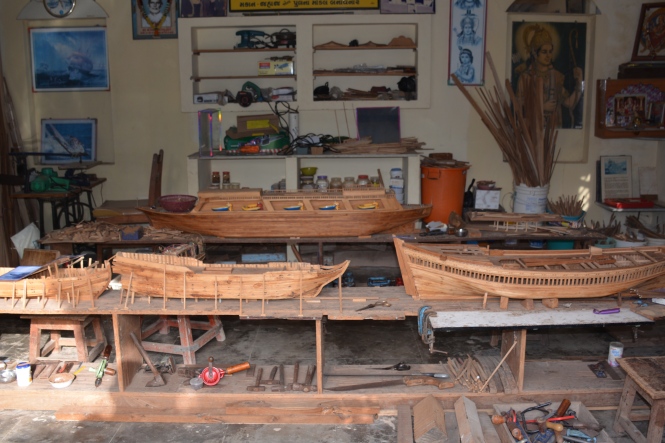 Outside, large number of parrots like this one supervise the work of makers of both types of ships.