Morbi is a typical princely state town where the remnants of the royal rule mix with the post-independence architecture and lifestyle. We get up early in the morning and start looking at the landmarks of Morbi. It is an interesting place. Founded in 1698, it was an 11-Gun salute state during the British rule.

This is the Green Tower. I like it because it has a library on the first floor. No, you are not allowed to go above that.

The Palace turned into Hotel

The Jhulta Pool. Hanging bridge across the river Machchu, connecting old and new parts of the town 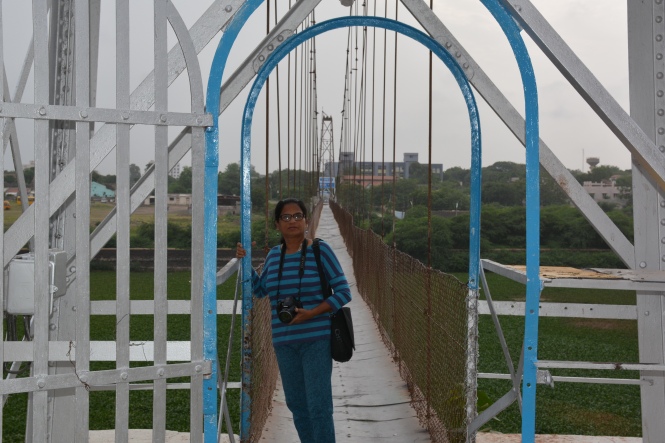 Incidentally, 27 years ago a dam across this river failed causing a major disaster killing an estimated 25000 people. 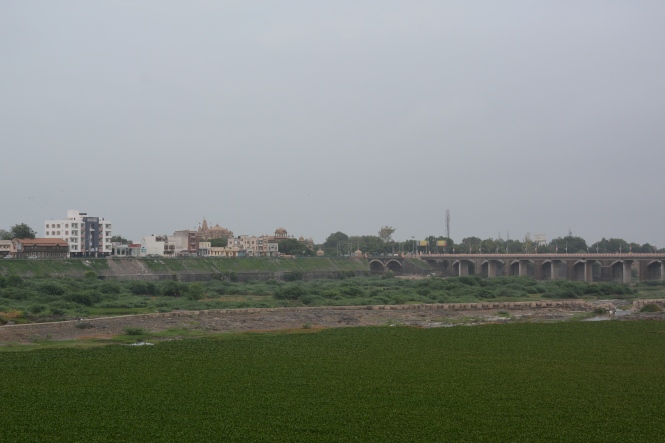 The pre-independence Engineering college and a palace is on the other side. We were not allowed to enter the palace grounds.

The Police Stations in Morbi look beautiful unlike their counterparts in other parts of the country. 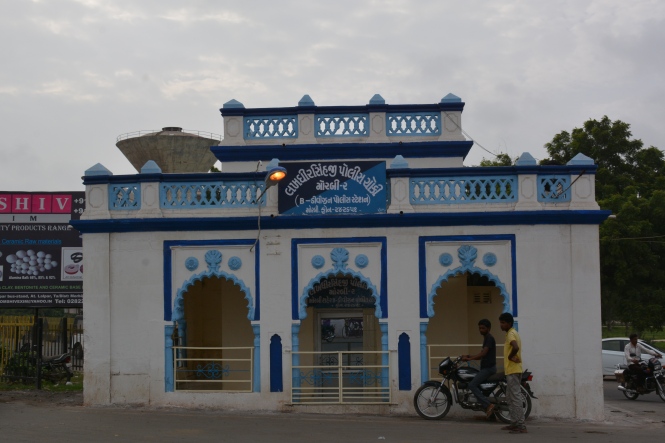 Mani Mandir is a temple complex in the secretariat compound of the Morbi State. This is reported to be built by the ruler in memory of a woman called Mani or Manibai.

The secretariat has this statue of Marques of Willingdon the Viceroy and Governor General of India, which I think does not fit well with the architecture around.

Rangoli Khaman House offers the best Dhokla in town, in fact several varieties of it. Chiragbhai made us to taste a bit of each, followed by tea from a nearby place. Preparation of food and tea are considered different functions in this part of the world. They are always sold by different establishments.

Note : In order to keep the Blog to reasonable size, we post the pictures on a Facebook Page. Please check out at The Blue Drive.