We leave Okha for Dwarka. The distance is only 30 Kms but with interesting diversions here and there to spend the whole day without getting into Dwarka proper.

Just as you come out of Okha, you enter Mithapur, aptly named as it produces a large quantity of salt. The town has a 75+ year old factory of Tata Chemicals Limited. We drive through the township which is a beautifully planned and maintained place complete with an airstrip and a sea beach. 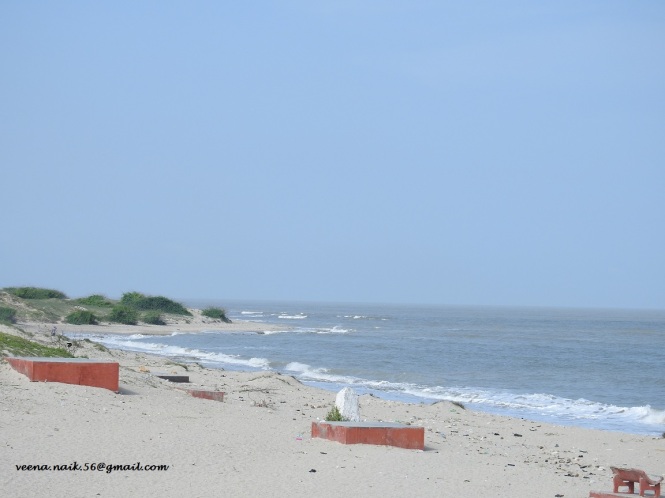 We get back on to the main road and drive on until we come to this signboard.

This is a misleading advertisement. There are no such activities around here.The place has a beach, a nice little cove but rocky. 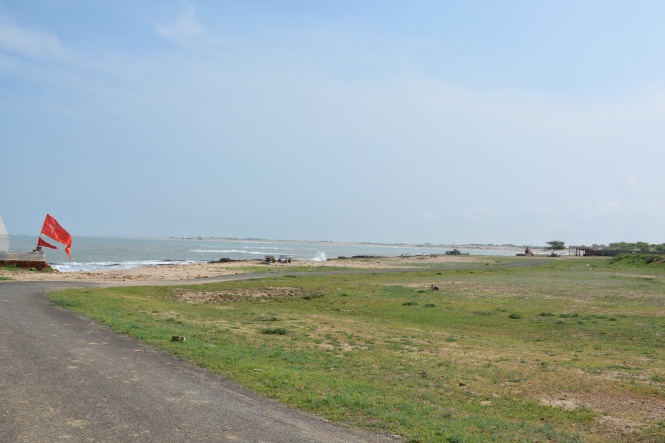 Other than that it has jovial Kaka Hari Sinh Vaghela selling green coconuts. He offered us the Jowar rotis in his tiffin  as it was lunch time. 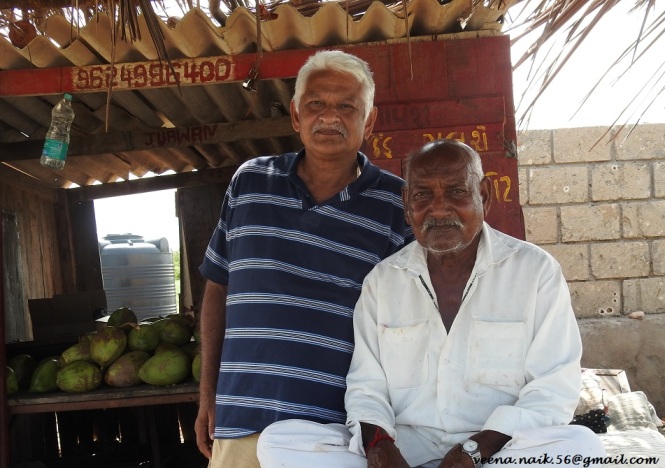 And a lighthouse (called Kachchigadh Lighthouse). For a change they said they do allow visitors to go up the lighthouse. We were momentarily delighted. But the ‘concerned person’ is away and might take some time to return. We return back to main road disappointed once again 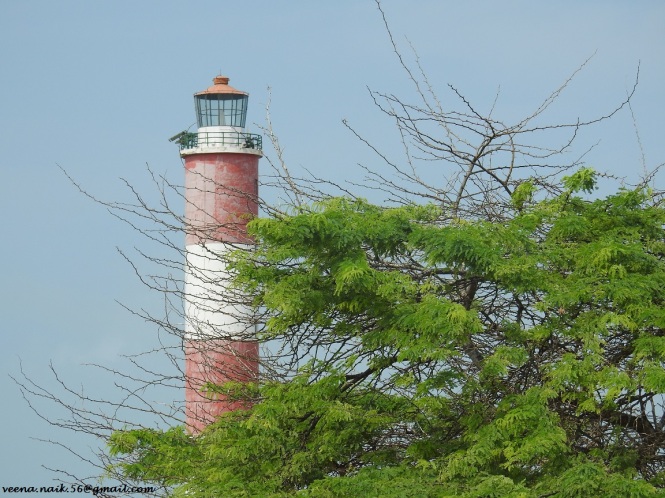 A distance away one can see another Lighthouse. Kaka Hari Singh informs us that it was constructed by the Gaikwads of Baroda when they ruled the territory. It was operated by using lanterns and obviously is no longer operational. We decide to go there- in scorching hot sun. It is not easy to drive up there. The Lighthouse does not have steps to climb. Perhaps they used a ladder. 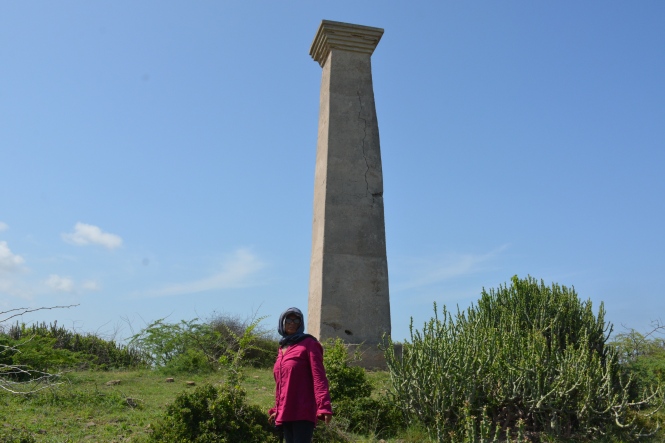 We return back to the main road and drive and see a small temple to our left flying a white flag, not saffron the usual colour. Out of curiosity we go to the temple although we avoid small religious structures as there are too many of them. The information came forth immediately. This is a temple to Karn / Karan  from Mahabharat. A small Ashapura Mata temple is also housed within a short distance. 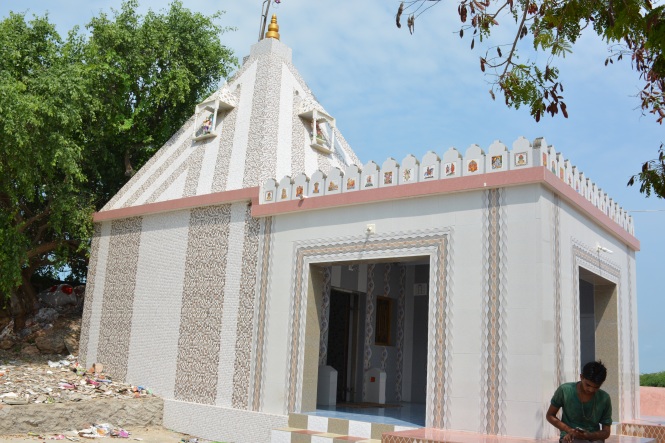 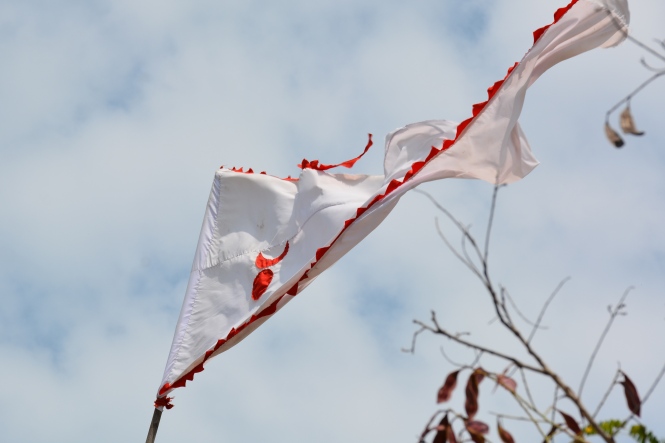 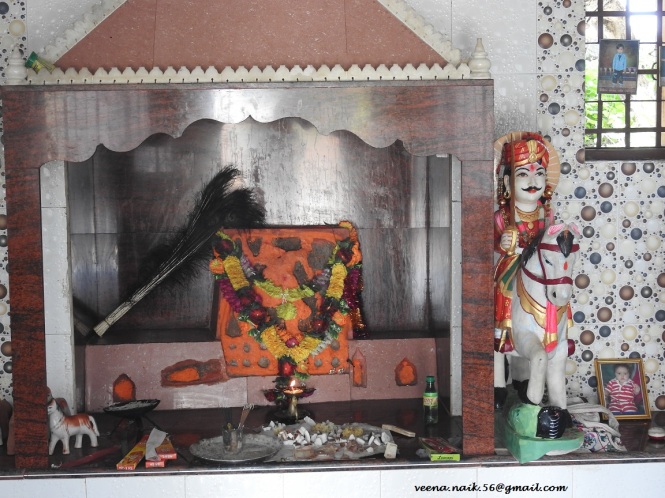 On another side towards the north we find the following places:

Nageshwar is among the Jyotirlingas. Nothing much to write home about. A grotesque statue of Shiva (donated, we are told by T-Series owners) dominates the landscape. Car parking is Rs. 40/- but green coconuts cost Rs 20/- each. 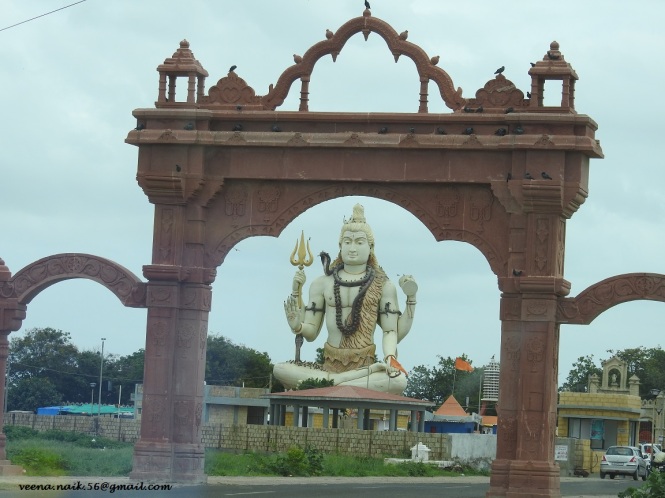 Then there is the Gopi Talav, the place where Krishna’s Gopis used to bathe. For reasons of propriety we decide to skip the place. Another reason is you need to walk more than a kilometre after parking. Instead, we were directed to a beautiful beach where we find buffaloes currently bathing. 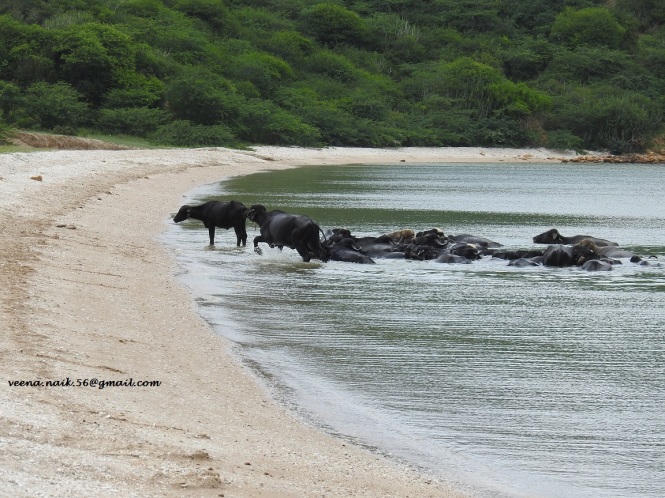 I always thought buffaloes use fresh water for cooling themselves but here they are actually using the Arabian Sea. When I suggested that their milk would be slightly salty, the cowherd denied the charge and insisted that they don’t drink the water and their milk tastes the same as that of other buffaloes. Thank you.

The beach is beautiful with the greenery over the low hill at the back. 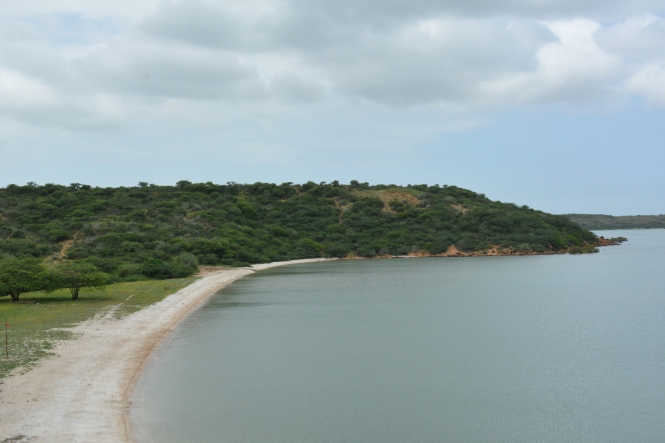 The place is called Momai Dham and has temple of Goddess Momai who comes from Kutch and uses a camel for transport. If you happen to be in the area, please do visit this place 10 Kms away from Nageshwar. 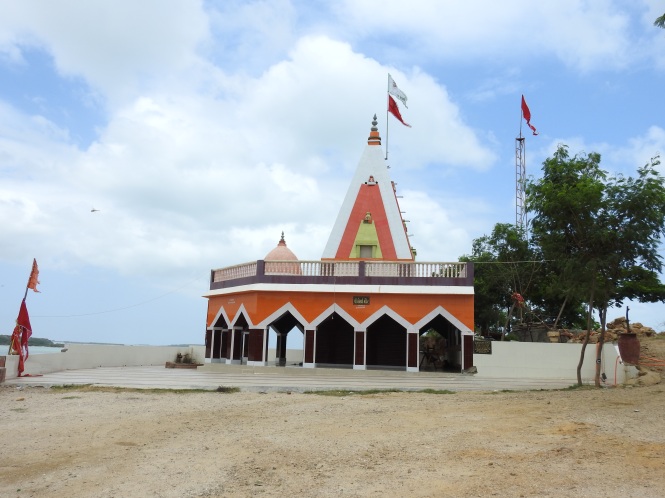 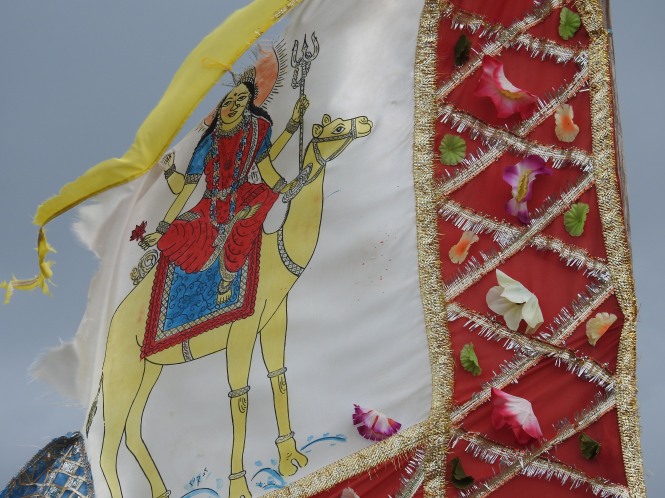 We also passed by Charkala a place known for its salt pans and migratory birds. As winter migration is still far away we could see some local species and not in great numbers. 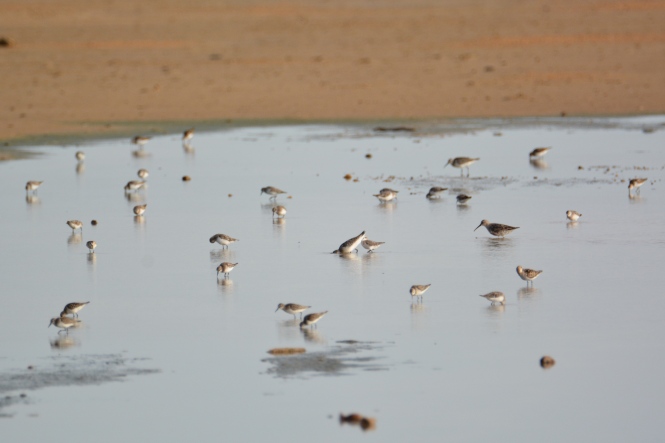 If you are bored by too many Gods and Goddesses on the way, you will also find living people like this gentlemen in his Kathiawadi attire tending to his sheep. You will most surely hear and see our national bird as well. 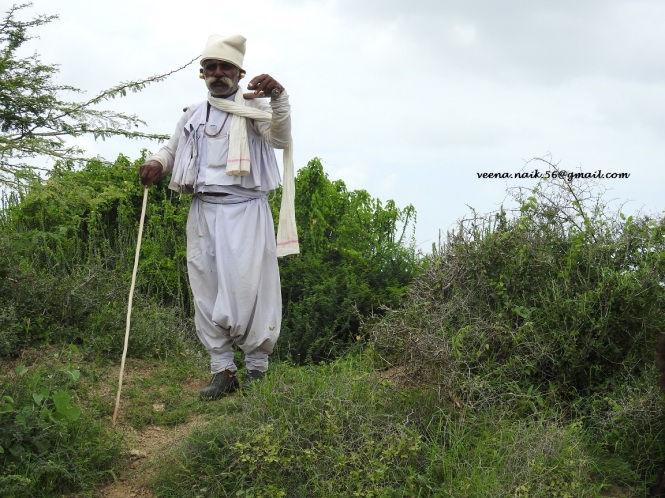 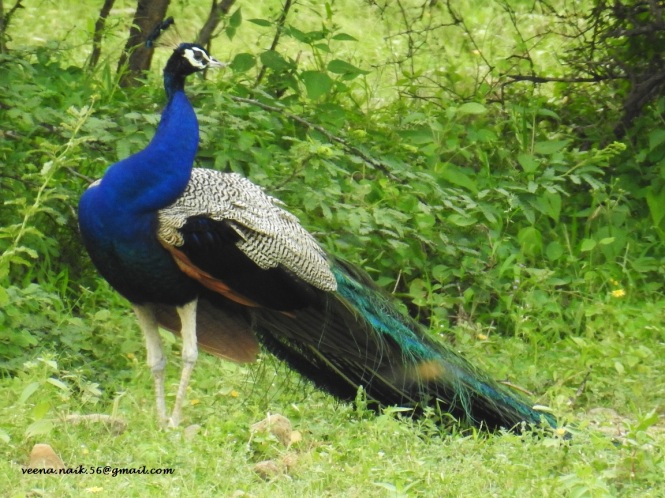 We also visited a place called Positra about which I will write later.

Note. During the three days to which this account pertains there is the time we spent in Dwarka proper about which we will post separately.